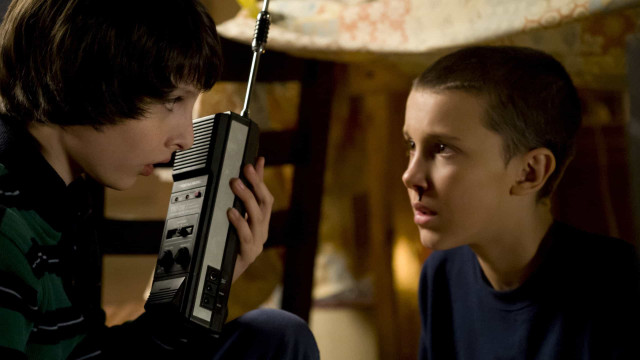 'Game of Thrones' - One of the most hilarious and recent mistakes was in the episode 'The Last of the Starks,' where a coffee cup could be seen on a table next to Daenerys.

'Braveheart' - 'Braveheart' was one of the biggest films at the time of its release, with many awards, media attention, and drama.

'Braveheart' - However, Mel Gibson's film is littered with historical inaccuracies. The most glaring happens during a battle against the English, when a Ford Mondeo can be found in the background.

'The Tudors' - 'The Tudors' took a stylized approach to the life of King Henry VIII, portrayed by the talented Jonathan Rhys Meyers.

'The Tudors' - The actor's appearance hardly matches the historical records of Henry VIII. The show also meddled around with the time Henry married Anne Boleyn.

'Gladiator' - 'Gladiator' took home five Oscars and made stars of Russell Crowe and Joaquin Phoenix, yet the film still had a historical mistake.

'Gladiator' - During an intense battle in the Colosseum, a chariot flips over, revealing a gas cylinder. Did you miss it?

'Mad Men' - With Jon Hamm in the leading role, 'Mad Men' earned high praise for its historical accuracy. However, one episode fatefully slipped up.

'Back to the Future' - A big error is found in the iconic first film, when Marty McFly takes the stage in 1955, introducing 'Johnny B Goode' to the world. He plays a Gibson ES-345, which did not emerge until 1958.

'Downton Abbey' - It's one of the most popular period dramas in recent years, but fans found a hilarious mistake in a promo photo for 'Downton Abbey.'

'Downton Abbey' - One promo picture featured Hugh Bonneville and Laura Carmichael with a plastic bottle perched on the mantelpiece behind them.

'Indiana Jones' - Steven Spielberg might be the visionary behind some of the best-loved films of the last 40 years, but it seems he wouldn't be much help in a geography test.

'Outlander' - Why is it the time-traveling stories that always struggle with historical mistakes? This sci-fi show also messed up.

'Outlander' - During one episode set in 1743, characters Claire and Geillis Duncan are prosecuted for witchcraft. Only one problem: witchcraft wasn't a crime past 1735, and accusing someone of being a witch was actually illegal!

'North by Northwest' - Spoilers ahead! One pivotal scene was actually spoiled by an actor on set. A child actor plugs their ears right before Kendall shoots the man she believes to be Kaplan.

'Leonardo' - 'Leonardo' is a kids show about the rise of Leonardo da Vinci. The show's creators had to simplify some things, but this mistake is a little unforgivable.

The show is set in 1467, with da Vinci being best friends with Niccolò Machiavelli, who was actually born in 1469. And for his part, da Vinci was born in 1452. A bit of a stretch all around...

But at one point, Ron Woodroof (Matthew McConaughey) is seen in front of a poster of a Lamborghini Aventador, which came out in 2011...

'Django Unchained' - Jamie Foxx stars as the titular Django, who is seen sporting sunglasses throughout the film. Sunglasses, along with his eccentric outfits, were introduced later on in history.

'Marie Antoinette' - This was a stylized movie about the titular French queen. The movie makes one or two attempts to bridge the 18th century to the modern day.

At one point, the audience can see a pair of Converse sneakers in shot. However, this was actually intentional, to help make historical figures more relatable.

Now that you're here, you can also read about the historical "facts" that are anything but factual.

The funniest historical mistakes in TV and film

Some 'Game of Thrones' fans are not happy. Viewers spotted a coffee cup during a scene in a recent episode, ruining the immersion of the historical fantasy series. However, you should know that this is not the first time something like this has happened. Historical films and TV shows have consistently messed up through the years, with tons of historical errors and mistakes making it to the screen. Click on for the funniest mistakes in TV and film.