While the news of Tristan Thompson's cheating scandal continues to plague the Kardashian-Jenner clan,  a fresh wave of drama washed over Kylie Jenner's husband, Travis Scott, who was allegedly photographed cheating on his wife. Keyword: allegedly.

It turns out he was telling the truth when photos surfaced of what looked like Scott cozying up with a woman who was definitely not the mother of his child. The photo had a TMZ watermark, which led many people to believe it was real, despite his protest.

"Only got love for my wife. No time to be wasting. Try again," he wrote, after a string of profanities.

On December 5, YouTuber ChristianAdamG posted a video in which he confessed to staging the photo. He said he was inspired by the fake photo that surfaced of Justin Bieber eating a burrito in an enraging manner, and that the whole point was to highlight how the Internet loves fake news.

He studied Scott's style and mannerism, then transformed himself into the 'ASTROWORLD' rapper and set the scene up on a hotel balcony. After some quick edits, he posted the pictures online, and watched his plan unfold.

"The goal of this video is not to hurt anybody's relationship, but it was to see how gullible is the internet," he explained. "The question is: Do the internet even care about the truth sometimes? [...] I wanted to prove the point that most stories you see on the internet is almost never true. People say this, people say that. But to be honest, the lie is almost most entertaining."

Media outlets went crazy over the news, and an Instagram model was even claiming to be the girl in the photo.

"Now you all see how the world will believe something just because they want to believe it [...] They don't really care about the truth or doing the research, or anything like that. Travis Scott, if you're watching this, forgive me, bro."

Naturally, the Kardashian-Jenner clan couldn't look past this vicious trick and appreciate the somewhat obvious and well-known point Christian was trying to make.

Kim K took to Twitter and wrote, "I hate that I am bringing attention to this but this is absolutely disgusting that you would find this funny to mess with Travis & Kylie who just started a family together. This is really damaging to relationships, families and is just so wrong!"

I hate that I am bringing attention to this but this is absolutely disgusting that you would find this funny to mess with Travis & Kylie who just started a family together. This is really damaging to relationships, families and is just so wrong! pic.twitter.com/KtodBpmiHR

While this YouTuber might have succeeded in making headlines and garnering a few more views, he probably should have chosen a different family to mess with. 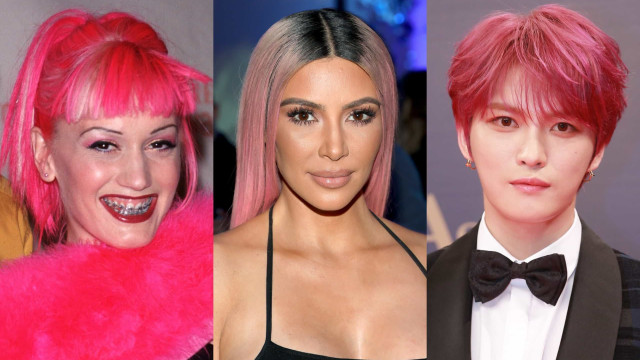