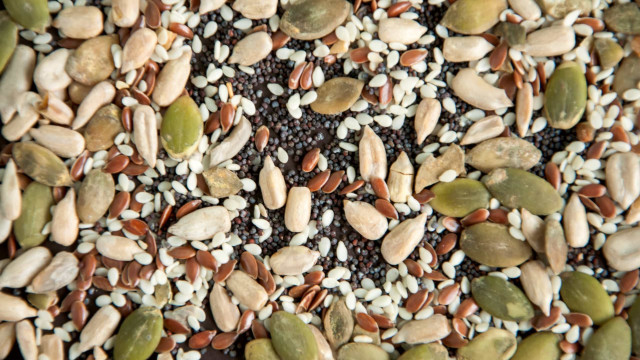 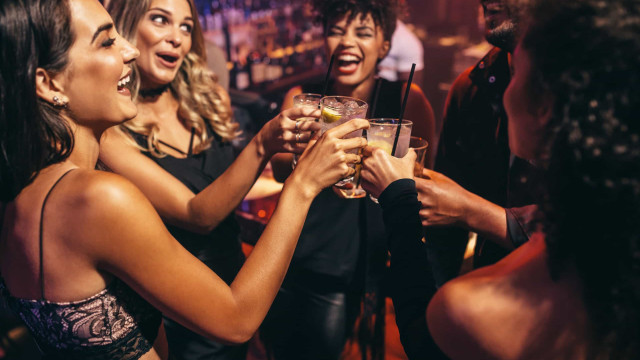 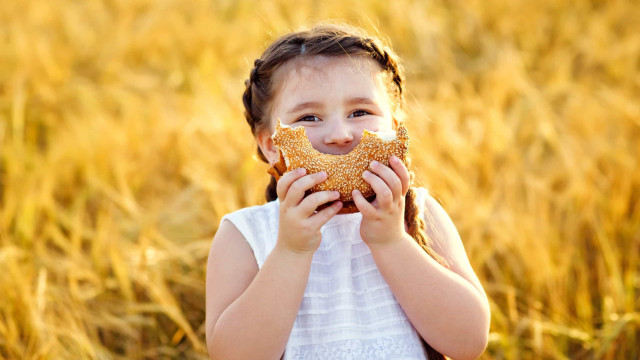 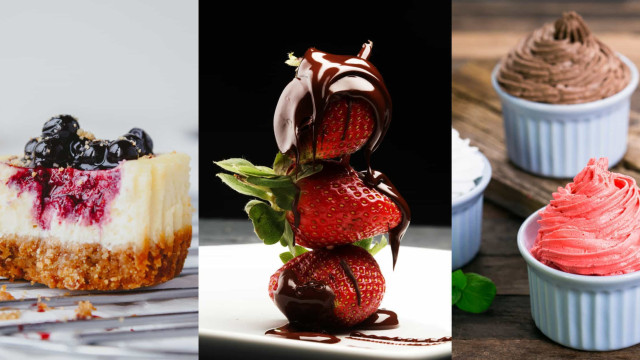 Beer - Water shortages caused by global warming is having an impact on the cool refreshment. Between 2030 and 2050, accessing freshwater will become rather difficult.

Seafood - Say goodbye to sushi! According to ecologists and economists, the world's oceans will be empty of fish by 2048 due to overfishing, pollution, habitat loss, and of course, climate change.

Apples - Apple trees are being affected by global warming. They need a certain amount of winter chill, which is no longer as feasible due to the rising temperatures.

A third of chicken breeds are on the verge of extinction due to climate change and diseases.x

Wine - There is a high possibility that wine production will drop 85% in the next 50 years. Fine wine regions such as Napa and Sonoma are becoming too hot for proper production.

Strawberries - This savory fruit is endangered, particularly in the USA. More than 95% of strawberry supply is coming out of Florida and California. Like wine, hotter-than-usual weather in these states may impede production, and cause price increases.

Oranges - There is a nasty infection coming after this beloved fruit and it's called huanglongbing (or citrus greening disease). The disorder causes citrus trees to turn fruit sour, and eventually reached the famed oranges of Florida in 2005. There is no cure once a tree is infected by the disease.

Bananas - This fruit is also being attacked by a disease called Tropical Race 4, which has destroyed plantations in South Asia, Australia, Africa, and the Middle East.

Tabasco - The spicy sauce is exclusively made from Tabasco peppers, which are processed in Louisiana. But rising water levels are threatening the state, along with Tabasco peppers, and Tabasco sauce production.

Potatoes - After rice and wheat, potatoes are the third most important food crop in the world. Well, get ready for a world without chips, fries, or any potato-based dish because climate change is affecting potato agriculture as well.

Corn - Even a rise in temperature of just 1ºC (1.8ºF) can slow the growth rate of maize by 7%! Climate change has already begun to affect production. Around the world, corn production has decreased by close to 4%.

Cherries - Once more, rising temperatures have even affected the growth and production of cherries. Warm spells as early as February have wiped out entire crops in the USA.

Peaches - Peaches are another stone fruit that are vulnerable to radically changing temperatures.

Honey - Bees are a pest, we can all agree. But they are the producers of honey! With the bee population in decline, we may soon have to get used to a world without the sweet stuff.

Cranberries - Bees also pollinate fruits like cranberries so a decline in the population puts cranberries, among many other foods, in jeopardy.

Chickpeas - It takes an estimated 608.6 gallons of water to produce just eight ounces of chickpeas. Droughts around the world have drastically reduced the production of chickpeas by 40-50%.

Chocolate - We have a little over a decade left with the delicious treat. According to a study by the  International Center for Tropical Agriculture, cocoa production will decrease dramatically by 2030 due to the less than ideal temperatures in cacao-growing regions.

Beans - Sadly, beans are another food staple we may soon have to do without. Climate change and increasing temperatures may decrease yields by as much as 25%.

Soybeans - Researches say that if we don't reduce our emissions, global warming will cause soybean crops (the most economically important beans on the planet) to decrease 40% by 2100.

Avocado - Hey millennials! Say adios to your avocado toast. In the US, this fruit is becoming increasingly difficult to grow, and its expensive. Eighty percent of avocados are grown in California where there is a drought.

Peanuts - Entire peanut crops have been destroyed by extreme weather such as heat waves and droughts. Scientists believe this is one food that will become extinct sooner than we think.

Rice - Rice is a food staple in many cultures and cuisines around the world. Unfortunately, climate change is also expected to greatly affect yields.

Turkey - Climate change and severe storms are causing turkeys to die, and decline in numbers.

Cereal grains - The volatile and unpredictable weather will have an affect on grain-growing croplands and even render them obsolete.

Italian durum wheat - The production of durum wheat, especially in Italy, is being threatened by warm temperatures and droughts. Wheat yields have reportedly already begun to decline.

Bread - Wheat in general may not survive the catastrophic climate changes so start prepping for a life without your favorite carb.

Maple Syrup - The maple syrup industry is in danger because the maple tree is! The trees are stressed to the point of decline, according to National Geographic, and  rising temperatures are the culprit.

No more morning coffee? Say it ain't so! By 2080 (other predictions put it as early as 2050), lands used to grow coffee will have become completely unsuitable due to climate change.

See also: Coffee time! But do you know your ristretto from your doppio?

Food favorites that may soon be extinct

For many of us, food is more than just sustenance. It's a window into a variety of cultures around the world, or an expression of love that comes from a parent, friend, or significant other. However, what happens when some of the key ingredients in our favorite dishes are no longer available for our use? Well, we may soon find out.

Barley is one of many ingredients that are in jeopardy, and it’s all thanks to climate change. This means we will soon have to say goodbye to cool, refreshing beer.

It’s being predicted that beer consumption around the world will decline by 16%, while prices for the refreshing beverage are likely to double. The really bad news is that isn't all.

Tequila prices are likely to shoot up due to increased demand for the liquor in New York and Tokyo, specifically. While tequila itself might not go extinct, quality tequila may, as the increased pressure on production is not allowing the agave plants to develop to their full maturity. With numerous farmers using immature plants, how long will it be before we're all drinking from the bottom-shelf tequila bottle?

And not even hummus is safe! Chickpeas are also facing difficulties in meeting their demand, as temperatures in countries like India (the world's lead exporter of chickpeas) have risen and droughts have become more numerous.

These are just a few examples, but there are plenty of other foods that may very well be gone for good, and very soon at that.

If you're a big fan of margaritas, hummus, or a nice, cold pint, you better click through this gallery to learn which items you'll need to start buying in bulk before they disappear… forever> The surprising health benefits of papaya Splendid sourdough and all its unconventional uses 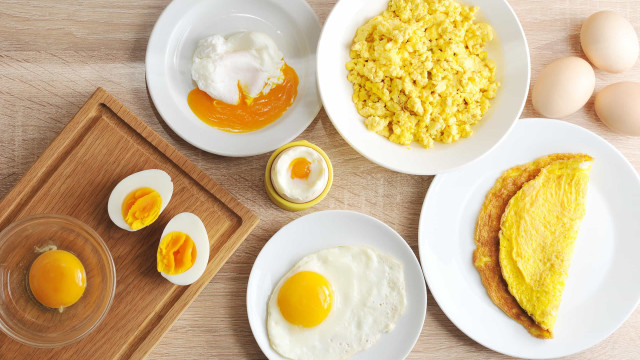 The true benefits and drawbacks of eating eggs Is dark chocolate really better for us? 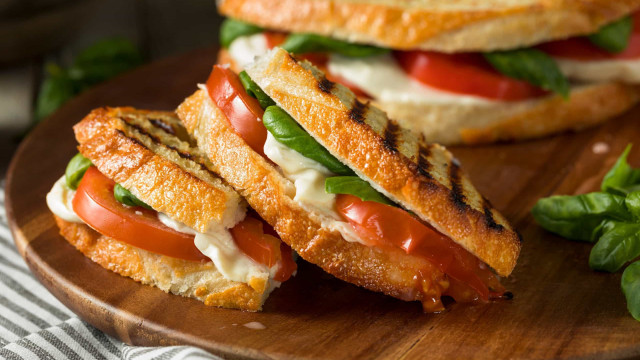 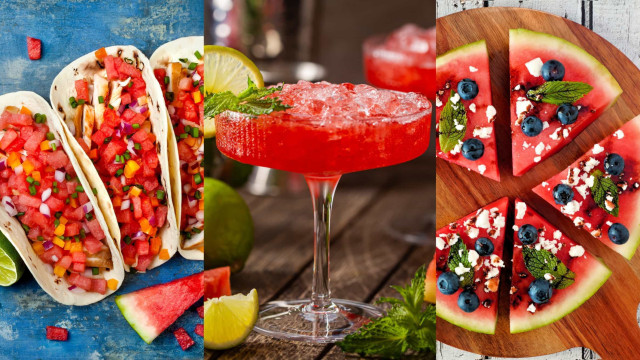 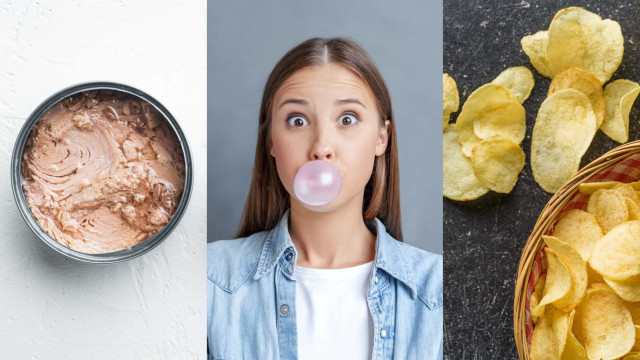