The gorgeous and glorious worlds of Studio Ghibli 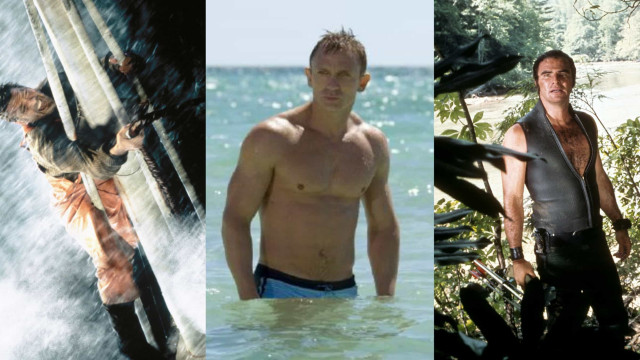 If you've watched any Hollywood movies set in ancient Rome, you probably got the impression that all gladiators were men. Particularly men who had been enslaved and who quite often fought to the death.

In fact, before 200 CE, women used to be allowed to fight other women in the arena.

And not all gladiators were criminals or slaves. Indeed, they were treated like popular sports stars, much like pro boxers or MMA fighters are nowadays. For this reason, many (free) people wanted to become gladiators.

Mel Gibson playing William Wallace with his face painted blue in 'Braveheart' (1995) is an iconic image. But while Scottish men did paint their faces blue while fighting against the Romans, this was not the case when the country first fought for independence from the English.

Another thing that Hollywood movies set around the same time get wrong is the use of kilts by men in battle.

Kilts had not even been invented around that time. Scottish warriors would wear long tunics and a belt around their waist.

But gold coins were not used for currency in Sparta, for instance. Instead, jewels and precious metals were used to make payments.

In 'Troy' (2004), we can see large gold coins being placed on soldiers' eyes. But history tells us that the Trojan War occurred somewhere between 1334 to 1135 BCE, and there were no gold coins at the time.

While there is an element of truth when it comes to the use of violence, the Vikings were nonetheless a nomadic people looking for new lands.

So, deep down they were a community trying to survive the harsh Scandinavian winter. Looking for new places where crops would grow and livestock could be kept was the driving force.

Unlike many Hollywood movies portray, not everyone was covered in filth back in the day.

Sure, peasants in the Middle Ages might have struggled to keep clean sometimes, but humans have always made efforts to stay on top of their personal hygiene.

From deodorants in ancient Egypt to bathhouses in ancient Rome, humans have long since strived to keep clean and smell nice.

We've all seen it: disorganized opposing armies charging at each other, disregarding any other possible battle tactics.

While many battles went down this way, there was usually a lot more to it. Specific formations of special military units were often used, rather than just randomly running towards the enemy army.

Archers would usually attack, and infantry units charge. Then lines of military units would be tactically sent into the battlefield.

Upper-class Roman women are usually depicted as not only gorgeous, but also as powerful and influential. However, this was hardly the case in ancient Rome.

The reality was a bit different. These women were expected to dedicate their lives to their husbands and children, and were not even allowed to walk alone in the street.

Upper-class Roman women would not really have a public role, nor engage in politics or any decisions. They also dressed more conservatively than they are usually portrayed in movies.

This ancient Mesoamerican civilization is usually portrayed in movies as violent and primitive.

The truth, however, is that the Maya peoples were actually quite civilized, and indeed sophisticated. They lived in organized cities, in houses made of stone, and were far from the barbaric warriors depicted by Hollywood.

While other civilizations, such as the Aztecs, did indeed perform human sacrifices, there is no evidence that the Maya peoples engaged in the same practice.

According to numerous Hollywood movies, ancient Egypt was full of white people. While it was indeed a multicultural area, this was hardly the case.

This is particularly true in movies that depict Egyptian rulers, nobility, and even gods as being white.

Egypt was, however, a pretty ethnically-diverse place, where people from different cultures lived. Still, the majority of nobles would at best have olive skin, but likely a darker skin color.

If you watch movies such as 'The Scorpion King 3: Battle for Redemption' (2012) or 'Prince of Persia: The Sands of Time' (2010), among others, you'll notice that Persian women seem to wear revealing clothing.

But showing off body parts was certainly a no-no back then. Women would traditionally cover their bodies with multilayered dresses.

And showing some cleavage was certainly not an option either.

Debunking some myths and stereotypes

The Vikings were blood-thirsty northern peoples, and 13th-century Scottish warriors wore kilts to battle, right? Well, not quite. For many years, Hollywood has been responsible for perpetuating numerous myths and stereotypes about ancient civilizations. Think about it: were gladiators really just slaves who battled to the death?

Click through the following gallery and discover the things Hollywood gets wrong about ancient societies.

The gorgeous and glorious worlds of Studio Ghibli