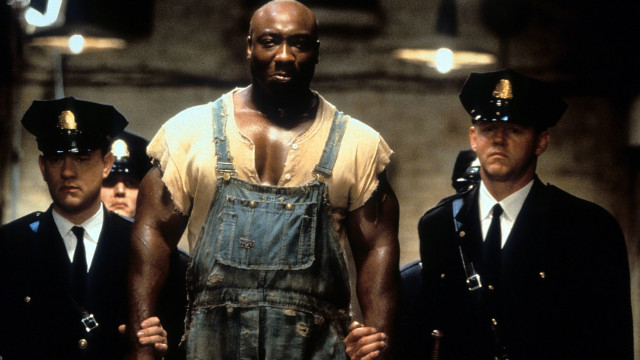 After serving in the US Army in Korea, Duvall began his professional acting career in 1952 with the Gateway Theatre in Bellport, Long Island. He later joined the Neighborhood Playhouse in New York City and studied acting with Sanford Meisner. Duvall is pictured in 1956 with director Sally Laurence (left) going over lines for the play 'The Tender Trap' with Marge Barnett.

Duvall looked set for a career in theater, appearing in several off-Broadway stage productions, before television enticed him onto the small screen in 1959. He was to appear regularly on television as a guest actor throughput the 1960s on shows such as 'Naked City,' 'The Untouchables,' and 'The Twilight Zone' (pictured in the episode 'Miniature' alongside Claire Griswold).

Robert Duvall made his film debut as Arthur 'Boo' Radley in the critically acclaimed 'To Kill a Mockingbird' (1962) alongside Gregory Peck.

Throughout the 1960s, Duvall divided his time between stage, television, and film work. In February 1966, he made his Broadway debut at the Ethel Barrymore Theatre. TV credits numbered 'The Fugitive' and 'The Time Tunnel.' Meanwhile, Duvall's notable work in cinema included supporting roles in 'Bullitt' (1968), and 1969's 'True Grit' and 'The Rain People' (pictured).

But it was in the 1970s that Duvall truly made his mark as a movie actor. He began the decade with a supporting role as Major Frank Burns in one of the biggest movies of the early 1970s.

The following year, Duvall garnered further attention for his work in the social science fiction movie 'THX 1138.' The picture was directed and co-written by George Lucas in his feature film directorial debut.

Duvall's portrayal of lawyer Tom Hagen in 'The Godfather' earned the actor an Academy Award nomination for Best Supporting Actor. He reprised the role in 'The Godfather Part II' (1974). Duvall made three more films in 1972, one of which, 'Tomorrow,' the actor cites as one of his personal favorites. 'The Godfather,' meanwhile, is ranked the second-greatest film in American cinema (behind 1941's 'Citizen Kane') by the American Film Institute.

Crime drama 'The Outfit' received mixed reviews by critics on its release but has since gained recognition as one of the most underrated films of the 1970s.

In 1977, Duvall trod the boards once again by returning to Broadway to head the cast in David Mamet's 'American Buffalo' at the Ethel Barrymore Theater. The play ran for 122 performances. Duvall is pictured on stage with John Savage and Kenneth McMillan.

The actor received his second Best Supporting Actor Oscar nomination for his role as Lieutenant Colonel William "Bill" Kilgore in Francis Ford Coppola's seminal war film, 'Apocalypse Now.' Despite losing out on an Oscar, Duvall did take home Golden Globe and BAFTA awards.  The scene in which Kilgore utters the immortal line "I love the smell of napalm in the morning" has gone down in movie script lore.

Four years later, Duvall finally picked up an Oscar, for Best Actor, for his role as a recovering alcoholic country music singer in 'Tender Mercies.' He did his own singing in the film.

A delighted Robert Duvall with his Oscar for Best Actor for his performance in the film 'Tender Mercies' at the 56th Academy Awards in April 1984. He also garnered a Golden Globe for the same picture.

Duvall kept busy throughout the 1980s with films like 'The Natural' (1984) alongside Robert Redford, and 1988's 'Colors,' with Sean Penn. In 1989, he starred in the television miniseries 'Lonesome Dove' (pictured), for which he was nominated for his first Primetime Emmy Award, instead winning another Golden Globe.

The 1990s effectively saw Robert Duvall consolidate his reputation as one of Hollywood's most versatile and bankable stars. Another television triumph was 'Stalin,' in which he played the Soviet dictator opposite Maximilian Schell's Vladimir Lenin. He secured a second Emmy nomination and his fourth Golden Globe. Duvall and Schell are pictured at film's launch.

For his performance in 'The Apostle,' Duvall was nominated a third time for the Academy Award for Best Actor. He's pictured with co-star Farrah Fawcett.

Duvall also directed 'The Apostle,' to date the fifth time he has worked behind the camera. He's also served as producer or co-producer on eight movies.

In 1999, Duvall appeared alongside John Travolta and James Gandolfini in 'A Civil Action,' based on a true story of a court case about environmental pollution that took place in Woburn, Massachusetts, in the 1980s. Duvall was nominated for Academy and Golden Globe awards for his efforts.

By now in his seventies, Robert Duvall was demonstrating an energy and motivation that belied his advancing years. He also displayed a knack for choosing successful projects, movies that included the well-received 'Open Range,' costarring alongside Kevon Costner, who also directed and coproduced the picture.

In 2005, Duvall was honored with a National Medal of Arts—the highest accolade given to artists and arts patrons by the United States government. Pictured is President George W. Bush standing with recipients of that year's awards.

In 2005, Robert Duvall married Luciana Pedraza, the couple having been together since 1997. She is his fourth wife. Pedraza is the granddaughter of Argentine aviation pioneer Susana Ferrari Billinghurst. She also shares Duvall's passion for tango dancing.

Robert Duvall is a skilled tango dancer, and the actor owns and operates dance studios in Argentina and in the United States. Duvall is also Chairman of the American Tango Academy. He's seen here dancing with Luciana Pedraza at the White House State Dinner for the then-Argentine President Carlos Menem in January 1999.

In 2001, Pedraza and Duvall founded the Robert Duvall Children's Fund to assist families in Northern Argentina through renovations of homes, schools, and medical facilities.

Duvall returned to television in 2006 to star in the miniseries 'Broken Trail.' The production won four Emmys, including one for Outstanding Series and Outstanding Lead Actor. It was the actor's first Primetime Emmy accolade.

Duvall followed his Emmy win with his seventh Academy Award nomination, this time for his work on 'The Judge' opposite Robert Downey Jr.

The Hollywood actor is passionate about sport, both American football and British soccer. In 2021, he appeared in '12 Mighty Orphans,' a football drama based on a true story from the 1930s. Duvall is pictured wearing a scarf in the colors of Celtic, one of Scotland's biggest teams.

Also in 2021, aged 90, Robert Duvall was shooting his 91st movie, nearly 60 years after his film debut in 1962. The picture, called 'Hustle' and starring Adam Sandler, was released in 2022 to positive reviews.

One of Hollywood's most respected actors turns 92 this January 5

Robert Duvall is one of Hollywood's most respected and endearing actors. In a career spanning 70 years⁠ (60 of those in film⁠), Duvall has appeared in some of cinema's most iconic pictures, movies that include 'The Godfather,' (1972) 'Apocalypse Now' (1979), and 'The Great Santini' (1979). Among his many big screen accolades, Duvall has won an Academy Award for Best Actor for his role in 'Tender Mercies' (1983), and collected numerous other honors for his work in television. Now in his nineties, Duvall is still going strong!

So, what are the performance highlights in Robert Duvall's remarkable seven-decade stint at the top? Click through for a rerun of his life and work.