When Jessica Chastain starred in 'The Martian' alongside Matt Damon in 2015, rumors went around that her salary was much lower than his. Chastain told the Huffington Post that she was actually paid a quarter of what the media had reported, making the pay gap between her and Damon even more dramatic.

It's estimated that Chastain earned around US$1.75 million for the movie, while Damon earned somewhere between US$15 and US$25 million. Chastain has since made a name for herself as an actress who won't accept lower pay than her male co-stars.

'No Strings Attached' (2011) - Natalie Portman and Ashton Kutcher co-starred in the 2011 rom-com 'No Strings Attached.' At the time they were seemingly equal in fame and reputation, and their characters in the movie were equally important.

'No Strings Attached' (2011) - Regardless, Natalie Portman was paid a third of Ashton Kutcher's wage. In an interview a few years later, Portman said that she wasn't as outraged as she should have been because she was still getting paid a lot. But looking at it this way, women in the US get paid 80 cents to the dollar compared to men. She was getting paid 30 cents to the dollar.

'The Crown' (2013-) - Claire Foy was the star of the sensational Netflix series 'The Crown.' She starred as Queen Elizabeth herself for the first two seasons. Viewers were shocked to learn that Foy was earning less than Matt Smith, the actor who plays her husband, Prince Philip, on the show.

This revelation was all the more shocking considering that Foy was the standout star of the show and had a lot more screen time than Smith. What's worse is that Netflix revealed the pay disparity themselves. A petition for Smith to donate part of his salary gained 22,000 signatures.

The birth of one of Hollywood's biggest power couples is rumored to have occurred on the set of 'Mr. & Mrs. Smith' (2005). Angelina Jolie and Brad Pitt were two of the most successful actors in the world at the time, but they weren't paid the same. Not even close.

Jolie was already an Oscar-winning actress at this point, but was only paid half of Pitt's US$20 million wage.

'Something's Gotta Give' (2003) - Nicholson received back-end pay for the movie, meaning he got a percentage of the movie's profits on top of his original salary. Keaton revealed in her memoir that she wasn't given back-end pay, even though she had a bigger role in the movie than Nicholson did.

'The X-Files' (1993-2018) - Gillian Anderson and David Duchovny co-starred as Scully and Mulder on the hit show 'The X-Files' from 1993 to 2002. Back then, Anderson was paid less than him for three seasons until she finally won equal pay.

In 2013, the stars were approached about doing a revival season of the show. Anderson was shocked to be offered half of what they were offering to pay Duchovny. She negotiated better pay for herself, but was insulted to see that she was still dramatically undervalued even 20 years later.

In a 2015 interview with The Sunday Times, Amanda Seyfried revealed that she had worked on a movie where she was being paid 10% of what her male co-star earned, even though they were equal in status.

Seyfried usually stars in rom-coms where she has equal screen-time to her male co-stars, if not more. It's speculated that the movie she was referring to was either 'Dear John' (2010) where she acted opposite Channing Tatum, or 2011's 'In Time' with Justin Timberlake.

Despite this, Richard Gere earned millions for his role in 'Pretty Woman' (1990) and Julia Roberts earned just US$300,000.

The 2015 'Star Wars' revival was a complicated production because it combined a cast of newcomers with some serious legends. All the same, it seems unfair that the movie's star Daisy Ridley was paid 27 times less than Harrison Ford.

There's no denying that Harrison Ford is an icon and plays one of the most beloved characters in the entire 'Star Wars' franchise. Even still, he appeared in a handful of scenes compared to Ridley.

'Star Wars: The Force Awakens (Episode VII)' (2015) - It also doesn't explain why Carrie Fisher, an equally legendary actress and cast member, was paid US$1 million compared to Ford's US$20 million.

'Snow White and the Huntsman' (2012) - This put Theron in a good position to negotiate her salary for the 2016 prequel, 'The Huntsman: Winter's War.' She managed to get a deal of US$10 million for the movie, which finally matched her male co-star's salary.

'The Curious Case of Benjamin Button' (2008) - In her memoir, Henson revealed that she only made 2% of Brad Pitt's wage for the movie. In addition to that, she had to pay for three months of hotel expenses out of her own pocket while filming. When it comes to gender pay disparity, it's even more significant for women of color.

Halle Berry starred opposite John Travolta in the 2001 movie 'Swordfish.' At the time she had already won an Emmy and was soon to win the Oscar for 'Monster Ball' (2002), but she was only paid 15% of what Travolta was paid.

Travolta earned US$20 million, while Berry earned US$3 million. However, US$500,000 of what Berry received was a bonus they paid her for showing her breasts in the movie...

Kathy Griffin was one of the stars of the '90s sitcom 'Suddenly Susan.' Judd Nelson was one of her co-stars, but she played a larger role. Nevertheless, Judd Nelson made four times her salary.

Nelson even ended up being fired from the show, according to Griffin. To add insult to injury, she was also the second-lowest paid cast member.

See also: How to get your ideal salary, as told by famous women

Outrageous examples of the gender pay gap in Hollywood

A study of 246 actors who featured in 1,343 films between 1980 and 2015 revealed a significant and consistent pay gap between actors and actresses. On average, actors are paid US$1.1 million more per film than their female co-stars. You'd think that the wage gap would have closed over time, but this disparity has stayed roughly the same since the 1980s.

Some of the most successful actresses in the world today are still getting low-balled for every movie they make. Their male counterparts can negotiate outrageously high salaries with ease, while actresses report being called "difficult" or "spoiled" if they demand the same. Let's take a look at some of the most shocking examples of pay disparity in Hollywood.

The 'Harry Potter' kids: where are they now?

These celebrities were victims of violent attacks

The men of Princess Diana's life: public and private

Strange things people leave at the graves of famous figures

Musicians who got fired from famous bands 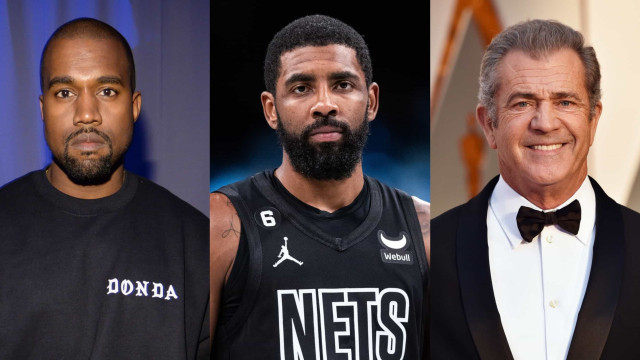 Anna Wintour: The icon beneath the bob

Where are they now: Your favorite child stars of the ‘60s and ‘70s