Even space has become a plausible filming location. A Russian film crew shot scenes in space for a movie called 'The Challenge.' Director Klim Shipenko and lead actress Yulia Peresild filmed on the International Space Station for 12 days in October 2021. While they were there, the station suffered an unexpected glitch in its thrusters that halted filming, according to the BBC. Their arrival back on Earth, in Kazakhstan to be specific, was also filmed for a real touchdown scene. The movie is expected be released in April 2023.

Some of the scenes for 'Apocalypse Now' (1979) were filmed along the Bumbungan River. Besides mosquitoes and other blood-sucking bugs to deal with, the actors and crew had to endure a powerful typhoon.

While some scenes of 'The Revenant' (2015) were shot in Montana and South Dakota, as well as in Alberta, Canada, the dramatic ending was filmed at locations near the Río Olivia, in the frigid and isolated Tierra del Fuego province of Argentina.

Pongo de Mainique in Peru, together with equally humid and inaccessible jungle locations in Amazonas state in Brazil, set the scenes for 'Fitzcarraldo' (1982).

The mysterious twin-pinnacled crag anchored in the sea off Ireland's Iveragh Penisula known as Skellig Michael was home in the 8th century to a community of monks. The deserted islet was used as a filming location for 'Star Wars: The Force Awakens' (2015).

'Quantum of Solace' (2008) was shot in six countries. But it's in the Atacama Desert in Chile—the driest non-polar desert in the world—where some of the most dramatic action sequences take place.

The biographical drama 'Wild' (2014) was largely filmed on the Pacific Crest Trail, a long-distance trail that snakes through three US states and also edges into British Columbia, in Canada. It's one of the most challenging footpaths in the world.

The Purcell Mountains, a mountain range in British Columbia where most of the peaks are near or above 3,048 m (10,000 ft) in elevation, served as the location for 'Alive' (1993), a biographic drama about the survivors of a plane crash in the Andes and their struggle to stay alive in sub-zero temperatures.

'Fargo' (1996) was made in a freezing mid-winter at various locations in Minnesota and North Dakota. The infamous dismembered body disposal scene was filmed on the shore of Square Lake near May, Minnesota.

'The Thing' (1982) was made under heavy show in freezing conditions in Juneau, Alaska, and in Stewart, in the Canadian province of British Columbia. Temperatures were so low that camera lenses would often freeze and break.

The boiling rapids swirling through the Tallulah Gorge in Georgia and the equally menacing Chattooga River in North Carolina were used for the canoe scenes in 'Deliverance' (1972).

While 'Jaws' (1975) was mostly shot on location at Martha's Vineyard in Massachusetts, the filming of scenes out at sea proved a technical nightmare, with camera platforms capsizing and expensive equipment going overboard. 'Jaws' incidentally was the first major motion picture to be shot on the ocean.

Special permission was granted by the Nepalese authorities allowing filming at Everest Base Camp during the making of 'Everest' (2015). In April 2014, while a second unit crew was wrapping up filming at Base Camp II, an avalanche struck, claiming 16 Sherpa guides.

The immense Hardangerjøkulen glacier near Finse in Norway was used for scenes of the ice planet Hoth in 'Star Wars: Episode V - The Empire Strikes Back' (1980). Filming coincided with the area's worst snowstorm in half a century, with temperatures hovering between -32 °C (-26 °F) and -39 °C (-38 °F).

The first half of the conflict drama 'Monos' (2019) takes place in Colombia's beautiful but remote and untamed Chingaza National Natural Park.

The ancient Putangirua Pinnacles geological formation in the Aorangi Ranges on North Island provided a dramatic backdrop for the Paths of the Dead scene in 'The Lord of the Rings: The Return of the King' (2003).

'127 Hours' (2010) was filmed in Canyonlands National Park, Utah, where the real events depicted in this biographic drama took place, and in the same confined and claustrophobic conditions.

'Platoon' (1988) was filmed on the island of Luzon in the Philippines, doubling up for Vietnam where the movie is set. The jungle scenes were shot in Mount Makiling, an area known for its inactive volcano. It's a muggy and oppressive place at the best of times, and it perfectly complemented the intense drama that characterizes the film.

Monuriki, a small uninhabited island in the South Pacific Ocean, was used as the location for the anonymous island in 'Castaway' (2000). Monuriki actually lies off the coast of Viti Levu, the largest island in the republic of Fiji.

Filmed mostly in South Australia, some scenes from 'Gallipoli' (1981) were shot at Lake Torrens, a dry salt lake set in a stark wilderness nearly 300 km (186 mi) north of Adelaide. The lake has only been filled with water once in the past 150 years.

The distinctive geological rock formation in central Victoria known as Hanging Rock was used as location by the producers of 'Picnic at Hanging Rock' (1975). A former volcano, it lies 718 m (2,355 ft) above sea level in the middle of nowhere.

Parts of 'The Mosquito Coast' (1988) were filmed in and around Belize City, specifically Haulover Creek, a coastal stream that runs through the center of Belize City and discharges into the Caribbean Sea. The waterway is a magnet for mosquitoes–swarms of them!

The hot, humid, and bug-infested jungles of Palenque in the Mexican state of Chiapas provided a suitably challenging backdrop for 'Predator' (1987).

The filming locations used in making the biographical drama 'Into the Wild' (2007) included those along the desolate, primitive, and sometimes dangerous Stampede Trail in Alaska.

The hot semi-arid Tabernas Desert in Spain's southeastern province of Almeria doubled up as a desert in the Southwestern United States for several scenes shot for 'The Good, the Bad, and the Ugly' (1966).

Jordan's Wadi Rum, a spectacular but parched valley wilderness of sandstone and granite 60 km (37 mi) east of Aqaba, accommodated the cast and crew of 'Lawrence of Arabia' (1962) for several scenes.

'The Bridge of the River Kwai' (1957) was made in Ceylon (now Sri Lanka). The bridge in the film was constructed near Kitulgala and spanned the Kelani River. The river proved hazardous at times, with strong currents fueled by local flooding threatening cast, crew, and props.

'Bitter Victory' (1957) is a British war film made in the unforgiving environment of the Libyan Desert, which was apt in that it was one of the main theaters in the North African campaign during the Second World War.

The 1924 silent picture 'Greed' was one of the few movies of its time to be shot entirely on location, with cast and crew spending two baking hot months filming in Badwater Basin in Death Valley, California.

Caught your interest? Then click through and be impressed by cinema's toughest filming locations. 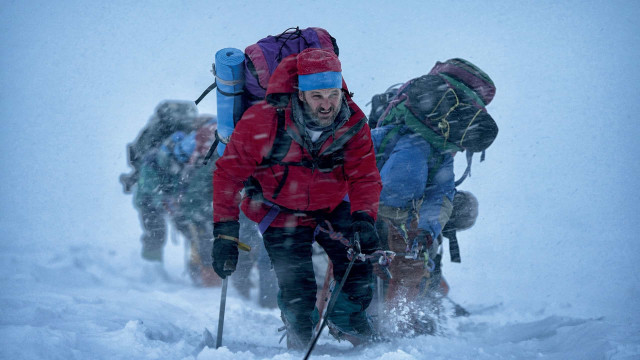 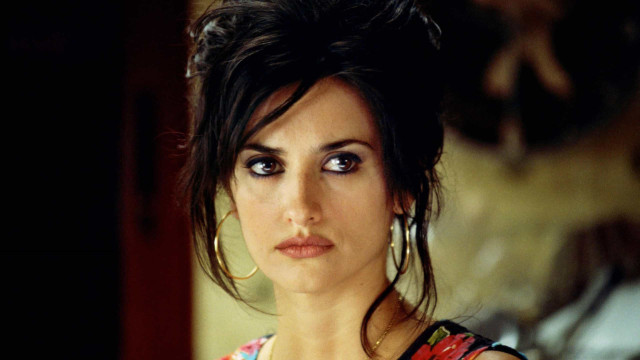