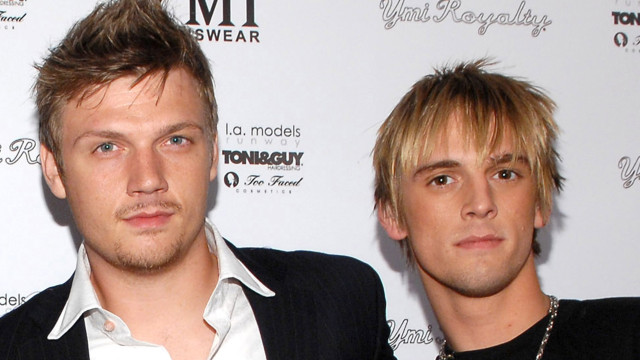 David Bowie was a pure musical revolution, mixing hard rock and glam pop with his alter ego Ziggy. Not only was the music iconic, but so was his look that made fans fall in love with him.

Accompanied by a 65-minute film of the same title on HBO, 'Lemonade' relates to Beyoncé's emotional journey after her husband's infidelity in a generational and racial context. Critically acclaimed around the world, the album is considered as one of the greatest ever made.

The eighth studio album by The Beatles, 'Sgt Pepper's Lonely Hearts Club Band' turned pop music into a true art form with its innovations in songwriting, production, and graphic design.

The official soundtrack to the 1984 film of the same name, 'Purple Rain' introduced a more pop-oriented Prince that would later lead him to do more experimental records.

Including hits like 'Blue Suede Shoes' and 'Tutti Frutti,' the King's debut album sent Presleymania into full effect. The album spent 10 weeks at number one on the Billboard Top Pop Albums, and it became the first rock and roll album ever to make it to the top of the charts.

With influences of soul, pop, baroque, and symphonic sounds, 'My Beautiful Dark Twisted Fantasy' explores West's status as a celebrity as well as consumer culture, race, and the idealism of the American Dream.

Aretha Franklin's tenth studio album marked her commercial breakthrough and unleashed her soulful ferociousness to a wider audience. The album included iconic songs like 'Respect' and 'I Never Loved a Man (The Way I Love You).'

Considered as one of the best records to come out of punk, 'London Calling' covered themes like social displacement, unemployment, racial conflict, and drug use.

Opening the doors for a wave of teen pop artists, The Spice Girls' debut album helped bring pop back to the '90s. A worldwide commercial success, the album topped the charts in more than 17 countries across the world.

Produced by Quincy Jones, this album dove into darker themes, as Michael Jackson moved away from disco with elements of pop, rock, funk, and R&B.

The second and final studio album by Amy Winehouse, 'Back to Black' is predominantly based on her tumultuous relationship with then-ex-boyfriend and future husband Blake Fielder-Civil. Influenced by pop and soul music, the album is truly a masterpiece that features songs like 'Rehab' and 'You Know I'm No Good.'

Marrying blues and psychedelia, 'Are You Experienced' became an immediate critical and commercial success, and it's widely regarded as one of the greatest debuts in the history of rock music.

Marvin Gaye's 'What's Going On' became an immediate commercial and critical success when it was released. His introspective lyrics explore themes of drug abuse, poverty, and the Vietnam War.

Incorporating elements of pop, jazz, and classical, 'Pet Sounds' was considered to be one of the most progressive pop albums at the time.

'Nevermind' became an unexpected critical and commercial success that reached the top of the charts. With timeless grunge classics like 'Smells Like Teen Spirit' and 'Come as You Are,' it truly is groundbreaking.

'Songs in the Key of Life' went on to virtually influence every modern soul and R&B singer. With timeless classics like 'Isn't She Lovely,' 'As,' and 'Sir Duke,' it's safe to say it's a groundbreaking piece of art.

Released in 1971, Joni Mitchell's 'Blue' was the most influential album in the early '70s. With Mitchell's songwriting, compositions, and voice, she managed to successfully create an album with intimate songs that dove into love, betrayal, and emotional insecurity.

N.W.A exposed the vicious realities of the West Coast gang culture on their debut album. It became the blueprint for the most successful musical genre of the last 20 years, gangsta rap.

Primarily developed during live performances, the iconic album focused on the pressures faced by the band during their struggling lifestyle, and dealing with mental health problems.

'Catch a Fire' helped generate international interest in the band, and it helped make Bob Marley the first Jamaican superstar. And rightfully so.

Considered as the first folk-rock album ever, the first half of the album features electric songs, followed by acoustic songs in the second half.

Including iconic songs like 'Gimme Shelter' and 'You Can’t Always Get What You Want,' the album has influences from gospel, country blues, and country rock.

With hits like 'I've Got You Under My Skin,' 'Songs for Swingin' Lovers' was pop music's first concept album that pushed the record to number one on the charts.

When Mary J. Blige debuted her 'What's the 411?' album, she defined a new wave of R&B that would mix more with hip hop than soul and jazz.

Punk music was started by none other than Patti Smith. She channeled the spirits of Keith Richards and Bob Dylan in female form and broke barriers of the music industry's treatment of women artists as purely sexy or girl-next-door.

Regarded by many critics as the greatest jazz ever made, Miles Davis' masterpiece has influenced generations of musicians in music genres like jazz, rock, and classical.

With universal acclaim from music critics, 'The Blueprint' is considered to be one of the greatest hip hop albums of all time thanks to Jay-Z's lyricism and production.

The debut solo album by Lauryn Hill, 'The Miseducation of Lauryn Hill' is a neo-soul and R&B album with some influences in hip hop, soul, and reggae. It's considered by critics as one of the greatest albums of the 1990s.

Born in London, Dusty Springfield was a great soul singer who was hidden inside a pop sensation. With Motown-style hits like 'I Only Want to Be With You' and the classic 'Son of a Preacher Man,' the album is truly one of the greatest.

The second studio album by French electronic music duo Daft Punk played in all the clubs in the early 2000s. With a mix of '80s house music and '90s technology, it featured hits like 'One More Time' and 'Aerodynamic.'

See also: The biggest hit songs from the '80s

From classical rock to soul and hip hop, all genres have contributed albums that changed music forever. Whether it was introducing new sounds to the musical landscape or a completely different approach to recording, these albums set benchmarks in the industry and have continued to inspire other artists and fans from around the world. And as the history of music is constantly evolving, with ever new sounds and artists, some albums have really lived on past their time.

The Billboard Hot 100 chart has been around for more than 60 years. In all that time, no artist has managed to dominate each of the top 10 spots at the same time. That is, until Taylor Swift's new album 'Midnights' was released. Her song 'Anti-Hero' landed at number one, while the other nine places were all taken up by songs from her album, including 'Lavender Haze' and 'Maroon.'

The only other artist to come close is Drake, who took the top nine places on the chart with his album 'Certified Lover Boy' in 2021. She has also beaten both Drake and The Beatles as the artist with the most songs at the top of the Billboard Hot 100 in a single week. There's not doubt that her latest masterpiece will go down in history as one of the greatest albums of its generation.

Intrigued to discover the most groundbreaking albums of all time? Click through the gallery. 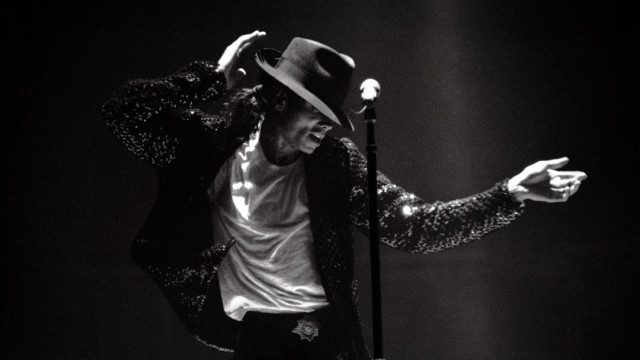 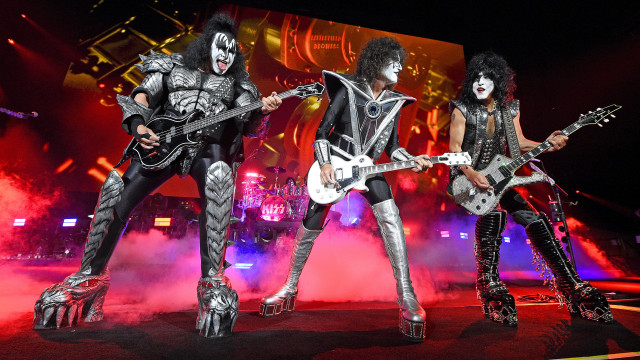 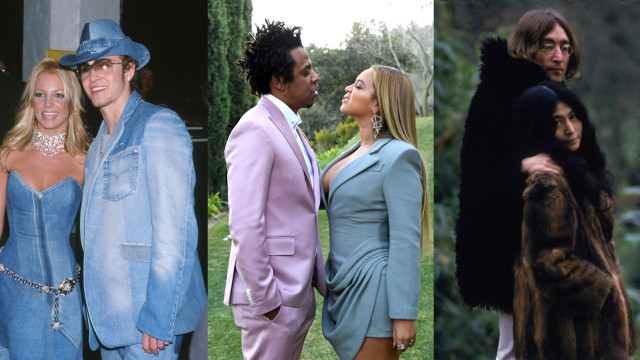 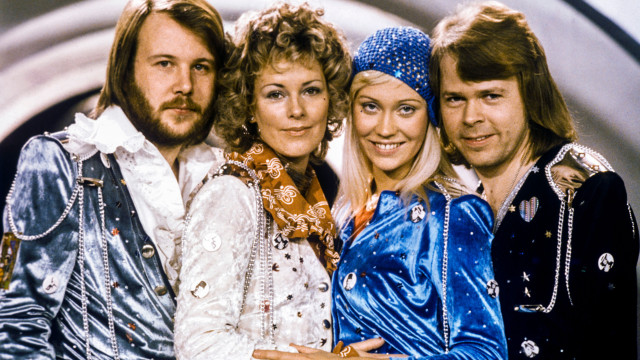 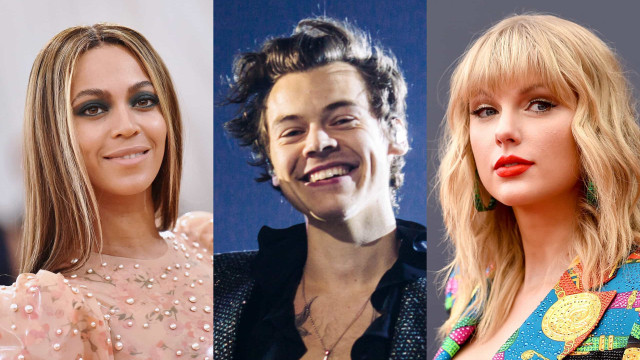 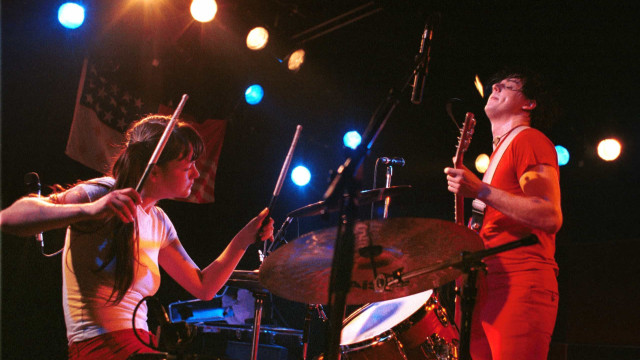