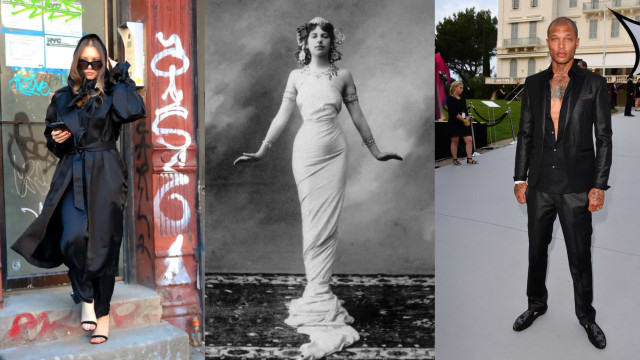 The most stylish criminals in history 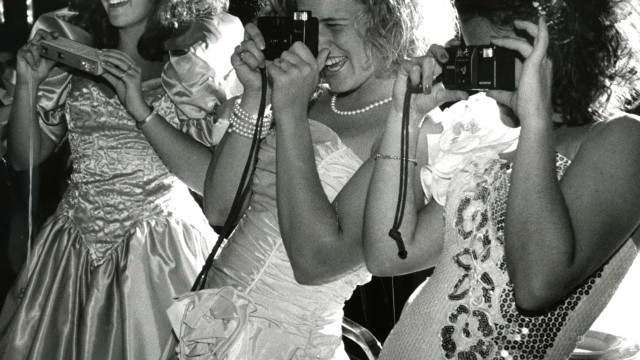 How the prom dress evolved through the years

Young love - A Gothic look for David and Victoria's engagement in 1998.

Noir - Which they revised a couple of years later.

Fun - A playful shirt and flip phone the same year.

Angelic - From all-black to all-white, the Beckhams attend the 2003 MTV Movie Awards.

Casual - Some very shiny and blinding shorts for the beach.

Seasonal - David Beckham announces the birth of his son, Romeo, in September 2002.

Travel wear - Looking every part someone's dad on vacation, in China in 2003.

Fan - Watching tennis with his wife in a scarf, diamond earrings, those power beads again, and a jacket.

Shiny - That shiny suit is too much. The open shirt and large pendant do not help the situation either.

Author - Promoting his autobiography, 'My Side,' in 2003 with his locks loose and long.

His side - And on the same tour, with jeans that are a tad too long.

Cosy - Arriving in Rome for Tom Cruise and Katie Holmes' wedding in a unique choice of knitwear.

Model - A 1998 headshot shows that he has the looks to be an ambassador.

Three-piece - Stockbroker chic for the launch of the Beckham Signature fragrance collection in 2008.

Cut - Attending a family wedding without making time for a fitting beforehand.

Casual meeting - The uniform likely wasn't his own choice, but the hair was.

Matching - The jeans and blazer look was a thing, but why are the lapels so shiny and shoes so scuffed?

Temperate - Is he hot or cold? That's confusing.

Capped - Sportswear is forgivable on an athlete, but what is with the hat placement?

In New York, Beckham demonstrates that two coats are better than one.

In 2018, the British Fashion Council announced the appointment of David Beckham as Ambassadorial President. The newly created role is intended to promote British fashion overseas and the former footballer will "support the organisation in its goal to build networks and partnerships in the United States and Asia."

The most stylish criminals in history

How the prom dress evolved through the years