Halsey's June 8 gig at the semi-open-air Merriweather Post Pavilion was canceled due to major flooding caused by a severe storm. Throughout the day, the venue continued to promise that “the show is still happening rain or shine." As such, thousands of attendees arrived for the concert. They were told to leave temporarily due to a 30-minute delay and then re-enter the venue. When they came back, there was another announcement informing them that the show had been canceled “due to weather-related technical difficulties." Unbelievable videos posted by concert-goers showed rain pouring in through the roof and rivers of floodwater running over fans' legs. In one particularly upsetting video, a squirrel is seen jumping onto the stage to escape the water, and is violently kicked off the stage by a security guard. As the madness was unfolding, Halsey posted on Twitter to say “I’m heartbroken and panicked and I just want to know when/that you all get home safely. I love you guys more than anything.” They later called out the venue saying they were “beyond disappointed with the way the venue handled everything tonight.”

Country superstar Eric Church announced on March 29 that he was canceling a sold-out show on April 2 at the AT&T Center in San Antonio, Texas, because he wanted to go see a college basketball game that same night. Of course, to him it wasn't just any college basketball game—it was his beloved North Carolina Tar Heels playing in the Final Four of the NCAA tournament. In a statement to ticketholders, accompanied by an automatic refund notice, Church admitted that calling off the gig just four days before was “the most selfish thing” he has done regarding his fans.

Kanye "Ye" West was scheduled to appear at the 2022 Grammys but his performance was pulled by the organization following criticism over his social media attacks, which targeted Kim Kardashian and Pete Davidson, as well as Trevor Noah—who hosted the event. According to The Blast, the rapper was informed on March 18 that he was barred from performing at the Grammys, which took place on April 3, for "concerning online behavior." There was reportedly increased concern after Ye posted a photo of Noah on Instagram and captioned it with racial slurs after the comedian discussed Ye's "belligerent" behavior towards Kardashian on 'The Daily Show with Trevor Noah,' encouraging people not to joke about the situation. But after news of Ye's Grammy performance being pulled, Noah tweeted on March 20: "I said counsel Kanye not cancel Kanye."

In 2015, Maroon 5 were scheduled to play two gigs in Shanghai and Beijing. The group found, however, that both shows were canceled at the last minute.

It turned out their invite had been rescinded by the Chinese government after the band's keyboard player tweeted that he had "sang happy birthday to his holiness" the Dalai Lama.

In 2010, Kings of Leon were only two songs into their set in St. Louis when they called the whole thing off. The reason was a pigeon infestation in the roof of the venue.

When the band started playing, the pigeons started flying around, and so did their droppings. The band put a stop to the show for "health and hygiene reasons."

Artists must get sick of singing the same songs over and over again, but not many do what Iggy Azalea did in 2015: cancel a major US tour for just that reason!

The 'Fancy' rapper canceled her tour, stating that she wanted to stop "singing the same songs." Not a decision made with her fans in mind, it would seem...

In 2014, Garth Brooks sold tickets for a series of five shows in Croke Park, Dublin. Only three went ahead, however, because he wasn't granted a license for the other two.

The license was rejected after disruption complaints from local residents, and unfortunately plans to reschedule the two canceled concerts also fell through.

Neil Young had to cancel a 16-gig tour in 1997 after he sliced off the top of his finger. He was trying to cut a ham sandwich in half at the time!

He issued a statement to his fans, saying: "I'd have eaten the thing in one piece if I'd known that cutting it in half would jeopardize the tour."

Weezer's Rivers Cuomo pulled out of a number of gigs in 1995, just as the band was finding success. He did so because he wanted to have elective surgery on his leg.

Cuomo had one leg that was 44mm shorter than the other, and apparently had a "huge inferiority complex about being a rock musician."

Mötley Crüe fans were left disappointed after the band canceled their 1988 UK tour because venues were "struggling to deal with the snow on their rooves."

This would have been a very strange reason for cancelation, if it were true: the real reason for the cancelation was that one of the band's members, Nikki Sixx, had almost died of an overdose.

Justin Bieber canceled a 2015 show in Oslo, Norway, after he noticed a pool of water on the lip of the stage. He considered it a trip hazard and so grabbed a towel to mop it up.

Unfortunately the fans in the front row saw this as an opportunity to grab at the singer, and when he asked them to stop they didn't. He left the stage with the words, "I’m done, I’m not doing the show."

In 1996, Liam Gallagher didn't turn up for Oasis' US tour. It was thought that perhaps he was sick, but his brother Noel later said it was because Liam had gone to buy a house.

Noel told The New York Times, "The first gig was a 16,000-seat arena, and the singer's not turned up. That killed us stone dead in America. Would Johnny Rotten have gotten a house on the eve of an American tour?"

Morrissey is a well-known animal rights activist, and in 1999 he canceled a gig in Dresden, Germany, because he found out the venue used to be a slaughterhouse.

That was not the only time the musician canceled a show to stand up for his beliefs: he once stormed off stage at Coachella because he could "smell burning flesh."

Right before The Clash were due to go on tour in 1982, band member Joe Strummer disappeared. But it turned out the disappearance was planned to drum up ticket sales.

Strummer got carried away, however, and rather than staying with a friend in Texas as planned, he disappeared for real. He turned up in Paris a while later sporting a scraggly beard.

Kanye West has canceled shows on a number of occasions, sometimes for good reason. For instance, he called off his show mid-performance when Kim Kardashian was robbed at gunpoint.

He also canceled a show five hours before it was due to start, to propose to Kim K (or so it would seem). He never confirmed this as the reason, but they were engaged the following day.

The Stone Roses canceled a number of shows in 1995, but the most memorable cancelation was their slot at Glastonbury. That one wasn't canceled because of feuds.

The Glasto gig was canceled instead because the band's guitarist, John Squire, had broken his collarbone while mountain biking in the US just a week before.

In 2008, Pete Doherty's band Babyshambles, who were unfortunately known for calling off gigs, had their headline slot at Moonfest canceled because Doherty was too wild.

The police later issued a statement explaining that they thought the behavior of Doherty and his bandmates would incite fighting within the crowd.

Macaulay Culkin's band The Pizza Underground canceled a number of UK dates and a slot at Primavera Festival in 2014, after fans didn't laugh at their songs about pizza.

The band had been playing a gig in Nottingham, when fans started throwing beer at them. Apparently pizza isn't as funny as Macaulay thought...

See also: Artists who canceled their shows due to health problems

Gigs canceled for the strangest of reasons

When thousands of adoring fans have spent their hard-earned money on a ticket to see their favorite artist, it's pretty difficult to back out and cancel the show. That being said, sometimes it's simply unavoidable. Whether due to illness or some other force majeure, many famous performers have had to let down their fans and call off live performances. While ticket holders can be disappointed and even angry, there's usually a justifiable reason for the cancelation.

Comedian and actor Craig Robinson recently had to cancel his stand-up shows in North Carolina for a disturbing reason. 'The Office' star was performing at the The Comedy Zone in Charlotte on Saturday, July 17, when an unidentified man entered the venue brandishing a firearm. Robinson and the attendees were evacuated by staff but the gunman reportedly discharged his weapon before police apprehended him. Thankfully, the suspect was arrested and no one was injured.

Robinson posted a heartfelt thank you to the staff and security of the Comedy Zone who managed to evacuate everyone to safety, and to the local authorities who quickly arrived at the scene. Both Robinson and the venue agreed to cancel his shows scheduled for the following day in light of the terrifying incident.

Check out this gallery to learn about gigs that were canceled for strange and unexpected reasons. Not all of them were quite so understandable! 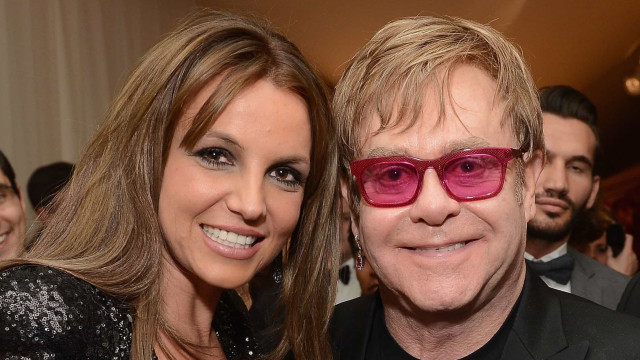