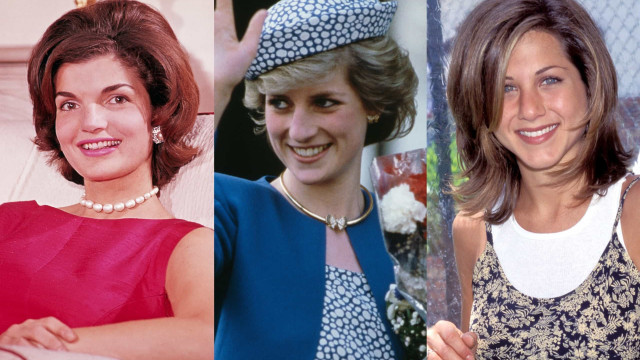 Takeshita Street - Lined with fashion boutiques, cafes, and restaurants, the street is a thriving urban hub, often responsible for influencing or creating trends. It's along this street and other Harajuku hangouts that the country's street fashion culture evolved.

While its popularity peaked in the mid-2000s, Decora, a Japanese street fashion that means "Decorate" or "Decorated," is still appreciated by those who love to pair predominantly pink tutu-like skirts with layered stockings, leg warmers, arm warmers, and knee socks.

Numerous cute girly accessories—beads, bracelets, rings, and bow ties—in all the colors of the rainbow are worn to complete the novel decora picture.

Kogal is a Japanese street fashion culture that involves schoolgirls wearing an outfit based on the Japanese school uniform, but with very short skirts. Kogal is frowned upon by many critics, who see the style as fetishizing the school uniform and promoting conspicuous consumption. The kogal phenomenon has never represented a majority of teenage girls, and the trend peaked in the late 1990s.

Those Japanese women distinguished by a dark tan, black eyeliner, white concealer used as lipstick and eye shadow, and with hair dyed in shades of orange to blonde, or a silver grey, are enthusiastic advocates of the Ganguro street fashion trend.

The trend was initiated by rebellious youth who turned their backs on the traditional Japanese concept of beauty; pale skin, dark hair, and neutral makeup tones. Somewhat ironically, Ganguro eventually fizzled out when many young women chose to follow a bihaku ("beautifully white") craze that took off in the early 2000s.

This look has evolved into an entire fashion subculture. It's heavily influenced by Victorian and Edwardian children's clothing and, less so, styles from the mid-18th century Rococo period.

The aesthetic of cuteness - Lo-lita fashion's signature look is cuteness or Kawaii. It's important to stress that within Japanese culture Lo-lita refers to cuteness and elegance, rather than to sexual attractiveness. Its meaning also extends to any nonhuman or item that is charming, vulnerable, shy, and childlike.

As a clothing subculture, Lo-lita fashion can be categorized into three main substyles: 'Sweet' (pictured), 'Classic,' and 'Gothic.'

The standout feature of Lo-lita fashion is the volume of the skirt. This is accentuated by a petticoat or crinoline. Components of the Classic look incorporate stand collars, high-waist ruffles, and long- or short-sleeved blouses.

Sweet Lo-lita - Here's where Western culture has influenced Lo-lita fashion. These eccentric outfits draw on those worn by the fictional Alice in 'Alice in Wonderland'—lots of lace, cotton, and playful patterned motifs.

Sweet Lo-lita - The design of this suspender skirt has clearly drawn on playing cards and the Queen of Hearts from Lewis Carroll's 1865 novel. And the tea party strap bow shoes certainly fit the theme.

The influence of Marie Antoinette -

Headwear options - Lo-lita's often wear fashion wigs in combination with other headwear such as bows and bonnets.

What's the attraction? - Why follow Lo-lita fashion? It's said that embracing this look acts as a protest against traditional Japanese society. Perhaps it boosts self-confidence, or expresses an alternative identify. Or maybe it's simply a way of having fun?

Gothic Lo-lita is altogether darker, the style influenced by the Victorian cult of mourning, where the bereaved would don black clothing for weeks on end. Ink blue, deep maroon, and charcoal grey are favored hues.

Gothic Lo-lita - Gothic icons, items that include crosses, skull rings, black cat motifs, and the blood rose are the accessories of choice, add-ons that enhance the Lo-lita silhouette. Venice lace chokers or a rosary are also worn.

Lo-lita brands - Lo-lita fashion brands include Baby The Stars Shine Bright, with stores in Shinjuku, Yokohama and other cities; and Angelic Pretty in Tokyo and Osaka, among other Japanese destinations.

The "Boystyle" shares many aesthetics with Lo-lita and is seen as the male counterpart of the style. Accessories err towards the masculine: ties, jabots, pocket watches etc... Hair tends to be shorter to accentuate the boyish look.

Despite the bizarre blend of attire being showcased on the street, Japanese fashion is still influenced by historic culture. The wearing of the traditional kimono is widely practiced, though many youngsters will add their own unique signature by mixing the kimono with contemporary accessories such as designer bags and footwear.

21st-century Japanese street fashion - While independent fashion labels once ruled the street, the trend today is to mix national and international fashion brands in a display of cosmopolitan chic. Pictured are two models wearing Miu Miu, an Italian high fashion women's clothing and accessory brand, and a fully owned subsidiary of Prada.

Street fashion is still a prominent visual feature of Tokyo. But the labels tend to be international signatures rather than those of local fashion houses

Pedestrianized Takeshita Street is a neon-lit strip once celebrated for its funky street art and wacky fashion scene. Today you need to look carefully to find the vintage clothing shops displaying their wares, anything from hand-me-down petticoats and lace-trimmed blouses to brushed velvet top hats and tea party shoes.

Wander down Omotesandō Avenue and the contrast couldn't be greater. This wide tree-lined thoroughfare is one of the most exclusive streets in the world. Here, dozens of luxury fashion brands including Dior, Louis Vuitton, and Tod's line the sidewalk, attracting serious high-end fashionistas eager to purchase the very latest designer apparel, whatever the cost.

What do these two shopping destinations have in common? They are both located in Tokyo's vibrant Harajuku neighborhood, known internationally as a center of Japanese youth culture and fashion.

Harajuku is the birthplace of some of the country's most iconic clothing styles. Since the 1980s this fast-moving fashion mecca has served as a hub for dressed-up kids and it's where Japan’s fashion subculture evolved, including the most recognized —Lo-lita.

Far removed from the sexualized Western interpretation of the name, Lo-lita, or kawaii, refers to the Japanese culture of cuteness. The fashion is highly influenced by Victorian and Edwardian children’s clothing, and it's still quite common to see young women adopting this childlike look on Tokyo's sidewalks. Another popular trend is Decora, known for its outrageously colorful and cartoonish attire and matching accessories.

But Harajuku has seen better days.

With each season styles change, and what was once cool is suddenly crass. Eclectic and original Japanese street fashion has declined, with the crossover to modern designer brands and mainstream fast fashion partly to blame. These days Omotesandō Avenue caters to an ever-stylish but more conservative and less experimental clientele. Meanwhile back on Takeshita Street the whimsical Kawaii Monster Café, a themed hangout where crazy meets cute, does its best to embody the spirit of old Harajuku.

Browse the gallery for a look back at the most influential days of Japanese street fashion.